It’s a scary cyber world out there, but protecting your data with hardware, software and human barriers will put your business in a strong position to defend against cyberattacks.

How to protect your data from cyberattacks

When it comes to data security, businesses are currently stuck between a rock and a hard place. According to the 2017 Norton SMB Cyber Security Survey, 37 per cent of businesses admit they wouldn’t last one week without access to critical data. But with around one in four small businesses falling victim to cybercrime, that data is more vulnerable than ever.

The Norton survey also reveals that email or phishing scams, hacking attempts and online identify fraud are all up on 2016 figures, and the average financial cost to business per cyberattack exceeds $10,000. And more than half of businesses that experienced data loss due to a cyberattack were unable to recover that data.

This is all evidence that cyberattacks are a clear and present danger for any business that values its data. So what’s the best way to protect it?

If data is the heart of your organisation, your server infrastructure is your brains trust. This is where your data lives, and it must be protected at all costs. However, protecting your data centre with software applications alone is no longer enough to shut out sophisticated hackers.

You also need protection barriers built into your physical server hardware – and many server manufacturers are stepping up to the plate.

For example, Hewlett Packard Enterprise (HPE) is leading the game with its Security Assurance Strategy. Security is literally burned into the silicon components on the motherboards of HPE’s Gen10 Servers, and company-owned firmware ensures a strict protocol for both server access and sign-off on changes. Coupled with self-encrypting drives that automatically encrypt data at rest, the latest server hardware is now built to fight off hacker attacks itself.

With the heart of your data centre protected, you can now focus on your perimeter defences. There are a number of strategies you can take to detect network breaches, but your best bet is a multi-pronged defence system that is integrated with your server security for maximum effectiveness.

Here’s where software can play a role. The latest analytics and intelligence software applications monitor network activity and immediately alert your IT team when it detects usual behaviour. It’s a little like a trip wire surrounding your data centre that alerts your troops when an enemy is near.

This should of course be combined with standard network security measures such as firewall protection, network encryption, two-factor authentication and the use of virtual private networks (VPNs).

It’s also important to embrace an organisation-wide cybersecurity strategy that extends beyond your IT team. Senior management should strive to create a risk-aware organisational culture in which every team member is trained in common hacker techniques that aim to exploit human vulnerabilities.

For example, many phishing attacks rely on employees physically clicking on infected email links or unwittingly downloading malicious programs that open a backdoor for hackers to stroll through. Put simply, your team needs to be able to identify when they’re being played.

It’s a scary cyber world out there, but protecting your data with hardware, software and human barriers will put your business in a strong position to defend against cyberattacks.

Ishan Limaye is the National Sales Manager for the HPE team at Dicker Data with over 12 years of experience in the IT industry. With experience that ranges from endpoint devices through to e...
Follow me
Software Solutions Business Development Security Networking Hardware Solutions Remote Working Data Centre Digital Transformation Events Cloud Collaboration IT Support IoT People & Culture Pro AV 5G

Start a discussion, not a fire. Post with kindness

Technology plays a vital role in the way we live, work and play,... Read more 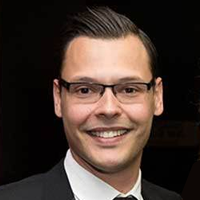 Preparing for EOFY 2022: Our Top Tips

Our resellers outperform the competition and deliver next-level solutions for clients thanks to our unique, value-added services.

Learn how Dicker Data can help your business to scale and compete for opportunities with our value-added services.

Dicker Data is proud to represent a broad range of global and local tier-one and tier-two hardware, software, cloud and IoT vendors.

for regular updates and insights

Dicker Data (ASX: DDR) is an Australian owned and operated, ASX listed hardware distributor with over 40 years' experience. Our dedicated sales and presales teams are comprised of experienced product specialists who are focused on using their in-depth knowledge to help customers tailor solutions to suit their client’s needs.